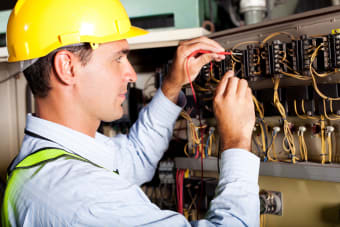 Industrial electrical troubleshooting isn't just any troubleshooting. It's not always straightforward, requires extensive knowledge, and it can be dangerous. In the U.S., there were 136 deaths in 2017 due to job-site electrical faults.

If you're tackling industrial electrical problems, you need electrical troubleshooting experts and expertise on your side. And we have you covered.

Here are a few tips on identifying and solving some common electrical problems.

Electrical injuries come in four forms, including electrocution, electric shock, burns, and falls because of contact with electricity.

And wiring issues can be a major culprit of these injuries. In the home, you're likely to pick up on wiring problems with signs such as frayed wires or burning smells. Those are some obvious signals that defective wiring may be the issue.

In more complicated industrial electrical settings, these same issues can carry over. Look for wires with worn insulation that need to be repaired or investigate and solve incorrect wiring setups.

If you're dealing with an open circuit, that's somewhat easy to identify. An open circuit issue means that a system is not receiving the voltage required to run.

Burned-out light bulbs and loose connection points can be indications that this is the issue. And if you look further for evidence of broken conductors inside wire insulation, this may be the main cause for an open circuit.

Short circuit problems can be much more difficult to identify. But one tactic is to look for odd connections between conductors. If they're hooking up to components they shouldn't be, this can often cause a fuse to burn out.

And this can be a red flag to alert you to a short-circuit issue.

In the home, you're probably used to using a surge protector to prevent huge surges or spikes in energy. In industrial electrical situations, it's a little more complicated.

Voltage that is too high can cause overheating and lead to premature wear and failure in electrical equipment. There can also be issues with low voltage, which means a drop in an electrical circuit.

Analyze the voltage installation and test for imbalances—and redistribute the loads if applicable.

It's important to inspect fuse issues carefully. They may indicate more complicated issues under the surface and not just a worn part.

Sometimes the case may be that a component is simply faulty due to a defect or mechanical issue. You may not be able to locate a specific issue that indicates an internal or external error. But you may see things like a button that no longer works.

This may simply mean that a piece of equipment has reached the end of its lifespan.

Have more electrical questions or industrial electrical troubleshooting concerns? Contact us for tips or a quick quote on your project.

Advantage Electric strives to offer only quality products, superior craftsmanship, and excellent customer services…all while making it fit your budget.

GET A FREE ESTIMATE 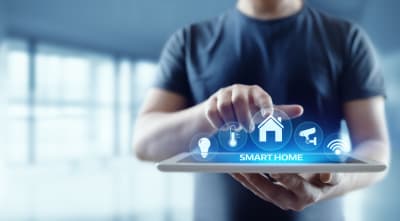 Connecting devices and fixtures around your house has never been easier, check out these awesome smart home ideas to use in your house today.

Receive your FREE quote and see what Advantage Electric can do for you.

GET MY FREE QUOTE NOW